John-Erik Sogn - Reply on article in Dagbladet May 9th. 2006

John-Erik Sogn – TONO paid out by the millions !

Incomplete and tendentious slant in newspaper article in 2006.   Documented facts :

Microfon and beneficiaries of music got rightful revenue . John -Erik Sogn was Chairman Microphone a short period and only under Tono conflict that was won . Stein Morten Mortensen was general manager of AS Microphone and former employee of Sogn 90s 10 years earlier .

Journalist in newspaper was friend of dismissed employee in Micorofon

Article Author was personal acquaintance of a staff member in Microphone. CEO Stein Morten Mortensen in Microphone, confirmed that this employee in Microphone had been dismissed due to breach of employment contract. . Mortensen took article also therefore very hard, and it eventually had irreversible  personal consequences for him. The Journalist’s damage of  character in the review of Mortensen, imposed serious strain on Mortensen.  It became fatal for him .

Sogn etablished Microdialog in 1995. Sold in 1998 to Irish Investor.

The company had very good results in connection with the license audit and sale of parallel imports of Microsoft products . Customers of MicroDialog AS was during this time in opposition to Microsoft ‘s then complex licensing rules . Which the company benefited from . This peaked in court where Microsoft sued Kongsberg Municipality with poor results.

The payment was a settlement of a claim for postage for the distribution of a large number Office95 packages of documenation. Microsoft was not heard or received pursuant to it was illegal in either marketing or of immaterial rights.

Private spending for Sogn covered and paid for by the company.

All such costs were reported as wages and taxed.

Allegations of properties associated with the company was used for illegal activities was several years after the company was sold to new owners . Sogn was not among them.

Premises Microphone AS, was in the same building as MicroDialog AS, 6 years earlier had moved out of .

Former conditions in the private economy of Sogn ( bankruptcy ) discussed in the article.

All financial matters with creditors is resolved with agreements that are ratified and followed.

Allusion in Dagens Næringsliv in 2000 on companies in tax havens.

This was examined  in 2000 by the Norwegian authorities. It was concluded that there were no grounds to pursue, and case closed.

Sogn have never had ownership of the company discussed and Ronny Westjordet made ​​himself unavailable with major personal problems during the period article refers to. He suffered several bankruptcies . Sogn has not had any roles or been involved in any of these.

John-Erik Sogn was in 2005 hired as chairman of the company Microphone AS for a period while the company was in conflict with TONO on commission.

John-Erik Sogn entered as chairman after TONO originally dedicated company Microphone AS to claim remuneration for the performance of music in public places. This mainly aimed at small and medium enterprises. Microphone AS was started by a former colleague of John-Erik Sogn. After a time regretted TONO on this agreement when strong forces said it was too good for Microphone AS.

TONO was negative to discuss the dispute and work on negotiations. A Lawsuit was filed. The result was under Chairman John-Erik Sogn and his leadership that TONO finally paid off with total kr. 4,350,000,- NOK in a settlement. John-Erik Sogn resigned as chairman immediately after the case solution.

The press published partly erroneous, biased and not relevant cases from previous years. The press has been offered by John-Erik Sogn whether to refer the outcome of litigation where TONO million to pay compensation. John-Erik Sogn has not received a response from the press to the inquiry.

Interested parties can obtain a copy of the legal document, please contact John-Erik Sogn in HeliWing Helikopter AS. 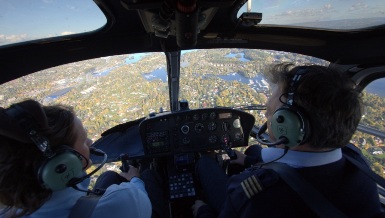 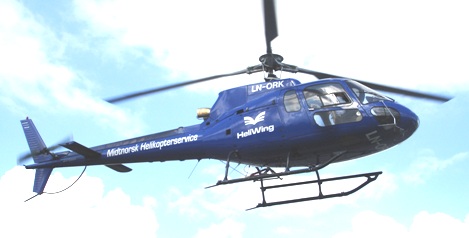 John -Erik Sogn was the former CEO and  pilot in HeliWing Helikopter AS . The website is now a pure channel for forwarding helicopter services requests. In addition, a variety of IT services aimed at marketing and strategy online visibility.

HeliWing was originally established as a sole proprietorship . The business was changed in 2007 to HeliWing (NUF) . When sales the following year increased significantly , was HeliWing Helikopter AS created 1.1.2010 as an ordinary Norwegian corporation.  In june 2015 the company was decided disassembled and closed down as a commercial entity

John -Erik Sogn has a background as Aeronatical Engineer, IT support engineer, IT systems engineer and radio operator before he took pilot training in 1998. From 1980 to 1995 he held a variety of positions at IBM, Amdahl Copr . , National Semicionductor , Hitachi Data Systems and Digital Equipment Corp. Both in Norway and the USA in Silicon Valley in California . In 1995 Sogn founded company MicroDialog . After a few years , the company was a leading business in licensing audits of software for businesses and government entities . Companies that lacked licenses were acquired those through parallel imports from cheaper nations through MicroDialog .

Microsoft had lower price on parallel imports from cheaper markets and changed their licensing policies . Sogn quit Micro Dialogue in 1998 when pilot training was completed and the business was sold to foreign ivestorers in Ireland. New owners operated the company without Sogn1998 and the following years.

HeliWing offers all type of helicopter missions. From major transport with external load, two simple sightseeing tours or aerial photographs and film from the helicopter.
For the different mission types go to:

Do you have general questions about the helicopters ?

Above is a EC120B VIP helicopter that seats 4 passengers and Robinson 44 with with room for 3. Helicopters are flying in about 200 km/h and can take you quickly and safely to the final destinations in Southern Norway 1-2 hours. Price? kr. 20 pr / km/pr. passenger.

Have you seen our Video on Youtube? Search “helicopter ride over Oslo” or “Helicopter Sightseeing Oslo”. Maybe add comments? Send us an email if you have left no comments so maybe we can a good discount on a helicopter ride. 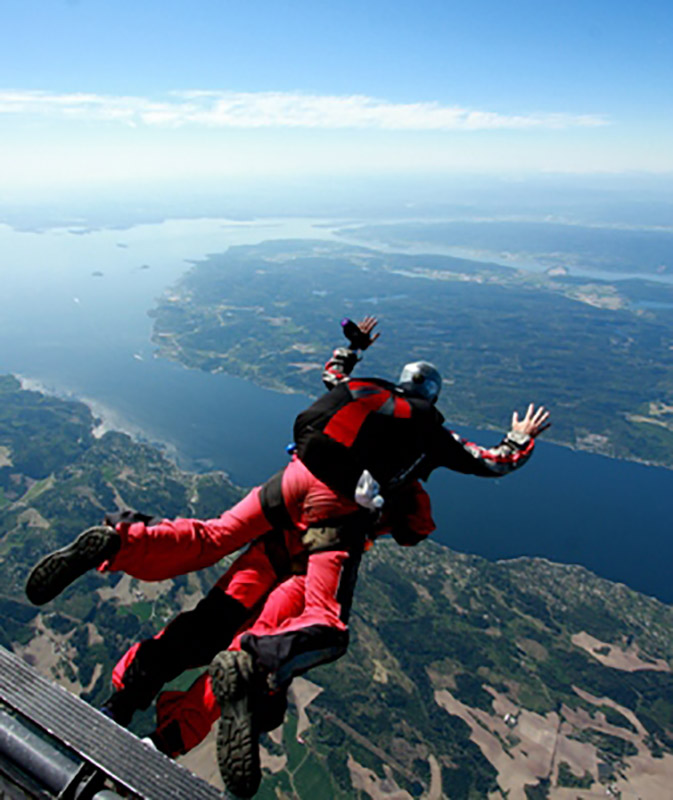 Tandem Skydive takes place every Saturday from Larvik. There are two Tandem Set in the helicopter at a time. Beside the pilot there is room for an extra person. Whether it is the passenger who will be with both ways, or there is a certified skydiver. This seat can be purchased through tandemhopp.not. On fine days there may be up to 10 lifts with approx 1 hour apart.

Have you seen our Video on Youtube? Search “helicopter ride over Oslo” or “Helicopter Sightseeing Oslo”. Maybe add comments? Send us an email if you have left no comments so maybe we can a good discount on a helicopter ride.

Our www.heliskiing.no also an excellent video of heliskiing in Switzerland. In Norway this is forbidden, but we arrange several tours a year to the best Heliski mountains in Europe.

SEND US YOUR REQUEST